My name is Hor 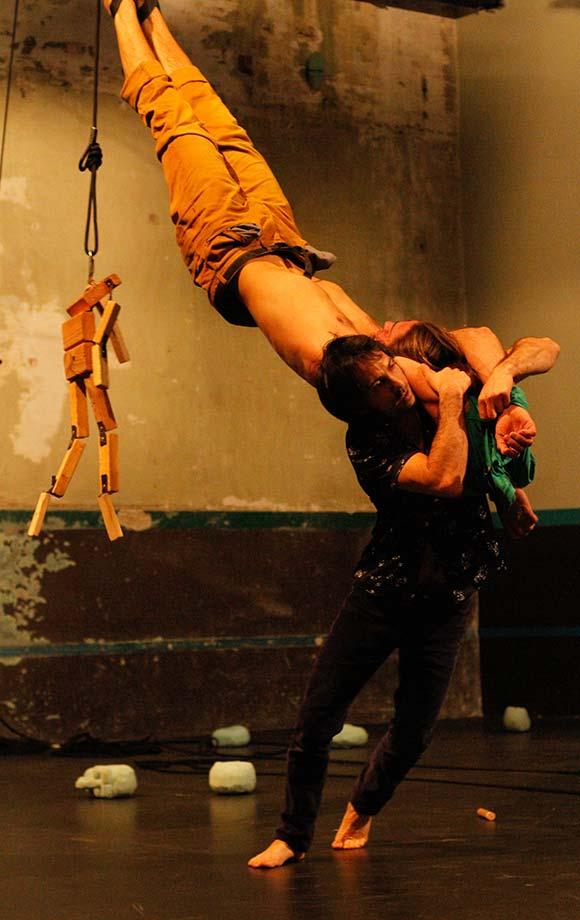 My name is Hor

The cave: a mythical place of ancestors and legends, bewitchment, refuge and fear. It’s a magical universe and a place where you meet your own shadow. Inspired by Michael Ende's Mirror in the Mirror and the surrealist paintings of his father, Edgar Ende, two actors use old objects, unfinished puppets, acrobatics and bitter humour to talk about entering imaginary, dark terrains, and in doing so, uncovering the archaeology of personal relationships. The performance explores the loss of the space-time continuum, blurring the boundaries of our existence and, ultimately, the definition of consciousness.

PSiRC, a young circus company from the region of Barcelona, was founded in March 2011 consisting of Wanja Kahlert, Adrià Montaña and Anna Pascual Fernández. For the production My name is Hor, they worked together with Rolando San Martín, who also directed the piece. In its productions, the ensemble creates visual, poetic worlds in which the members incorporate their talents in acrobatics, dance and music.